The industrial revolution of the 19th century brought about unprecedented changes to our world. New ways of carrying out old tasks emerged. It also paved ways for the digital revolution, which came much later. The world is undoubtedly in the digital era now and the era is rapidly advancing. Smart technologies, referring to devices with an advanced operating system that can be Internet connected and used interactively are very much in vogue now.

Smart homes as defined by Coldwell Banker refer to homes with network-connected products for controlling and automating functions such as lighting, security or temperature either remotely by a phone, tablet, computer or a separate system within the home itself. Undoubtedly, adopting smart home technologies comes with numerous merits. But like every coin, there are two sides to the technology. Here, we look at some smart home disadvantages.

The main smart home disadvantage is the high cost of setting up a fully functional smart home. Unsurprisingly, smart technologies are quite expensive. The cost of installing state of the art facilities necessary to make your home smart is often overwhelming and is thus only affordable to the upper class. The basic system consists of a burglar alarm, thermostat, outdoor lighting and a backdoor lock that can be controlled from a remote device costs as much as $2,500. Much more advanced, high-end systems could cost as much as $1.8 million.

Furthermore, homes with pre-installed smart technologies are more expensive to buy or rent. Smart technologies, therefore, raise the cost of living. It is only natural to stop to think if they are worth the huge investment associated with their installation.

As much as we claim to be in the digital age, it is still undeniable that many people are still relatively unfamiliar with technology. This is also another smart home disadvantage. The population of such persons increases as we move up the age pyramid.

This becomes more of a problem since one of the major arguments of the proponents of smart homes is the convenience it offers for the elderly. How is it supposed to help them if many of them don’t know how to use it? Even people belonging to the digital age who are not tech-savvy will still have things to learn before using smart home technologies.

The much more advanced security system offered by smart homes is regarded as one of their major advantages. Let’s not forget that any system connected to the Internet and completely computer run is prone to being hacked.

Though smart technologies protect against thieves, they allow a different class of thieves in and much easily too. If anyone can hack into the security system, they could turn alarm systems, and motion sensors off, disable security cameras, unlock all doors and make breaking in easy as pie.

Privacy issues remains another recurrent smart home disadvantage. It exists as smart homes have security cameras almost everywhere and the feeds are supplied to a security system. Private moments even in your bedroom may not be so private anymore. Anyone could also hack into the video feed since the home is connected to the Internet.

Furthermore, although parents can monitor their kids better, a right to privacy may be trampled upon in smart homes. Information collected may start to feel like a weapon. For example, if the camera catches a kid smoking pot in his room. This could lead to deviant behavior from teens or pre-teens as constant monitoring is the last thing any kid wants.

With the increasing population of obese persons in America, any technology that encourages sedentary lifestyle may not be the best health wise. Smart technologies offer an almost infinite level of convenience in the home.

You can warm your food in the oven, put on the music and probably mow the lawn without having to take a single step. This severely limits the physical activity of an already lazy population. Lack of physical activity is one of the major causes of obesity and obesity is a major risk factor for cardiovascular diseases worldwide. Putting all these into perspective, one can easily see that the overall prognosis isn’t very hopeful.

All these are some smart home disadvantages and if examined holistically the question ‘are smart homes really necessary?’ should come to mind. 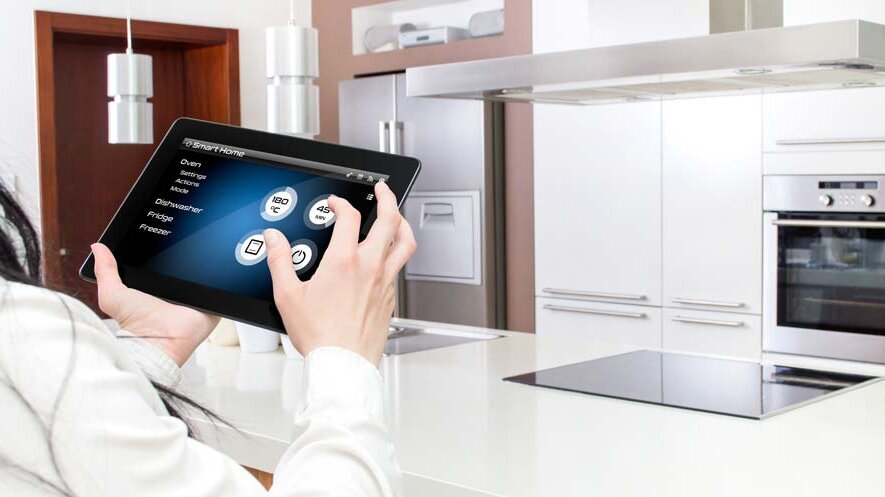